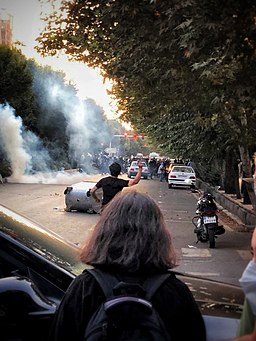 Iran is burning. The death of a lady. Money to quell. Money to kill. Israel; another mandate issued.

It need not be this way. The people of Iran are incredible and capable. They need a chance to prove their worth. وقت آن است که بی احتیاطی سیگار کشیدن را در اسارت شروع کنیم.

Putler is escalating full throttle; with little to show. In exchange for political apathy the folk regress under eye. Rally what troops? The military dies last, yet bleeds first. An F.S.B. war fought in fatigues.

Most concerning are the strong words from the strong leaders whose countries are strongly at thier backs.
A kick in the ass to each.

"Indonesia wants to send the message that it is fully prepared for any high-intensity conflict in the South China Sea area,"

Hey Taiwan, "Your citizens are training on pellets. Wake up and hand out some ammo already."

The 12th of August

The 12th of August

"The destabilizing actions by the People's Republic of China as it applied to the threatening activities and actions against Taiwan is exactly what we are trying to avoid," he said at a joint news conference with Indonesian military chief Gen. Andika Perkasa in Baturaja, a coastal town in South Sumatra province.